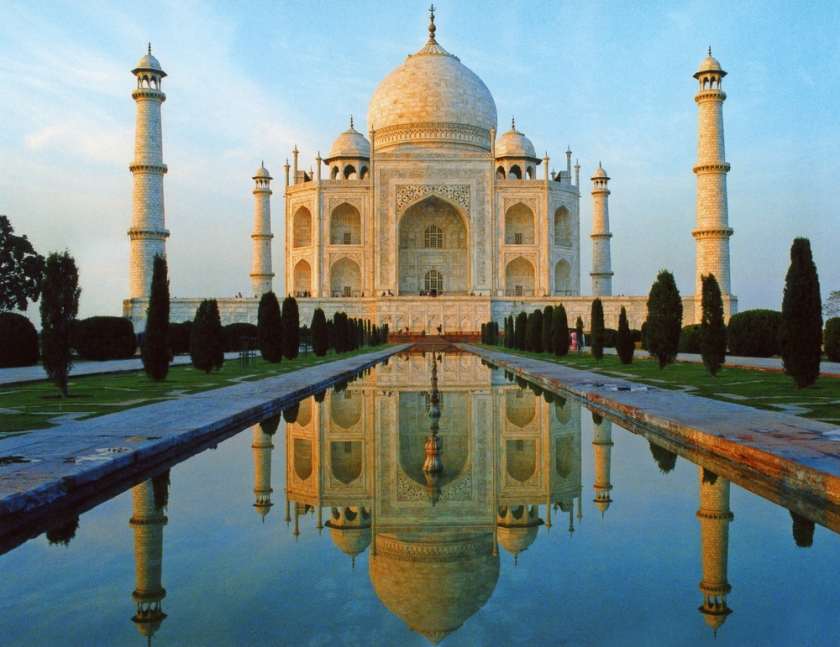 I cannot take credit for this photo.  When we were at the Taj Mahal, we hired a photographer to take a group photo in front of the Taj and when we purchased that photo, we also purchased this one.

We enjoyed our trip to India.  We did what they call the “Golden Triangle” which encompasses Delhi, Agra and Jaipur.  We also went to Chambal and Mandawa and saw a number of other small towns and cities.  When you are driving in India, there did not seem to be a lot of “empty” areas.  The small towns seem to almost run into one another.  Or you would be driving along and out of nowhere would be outdoor vendors and houses and lots of people.  I remember asking Amit once what the name of the town was that we were driving through and he said he didn’t know all the names.  But I wonder if they were towns or villages at all or just randomly inhabited areas.

It was a lot of driving but we saw a lot and it was a lot of fun.  We went with a smaller group, 10 of us in a 20 passenger bus and we had Amit our guide, Iqbad the assistant and Verender the driver.  Driving in India is unbelievable.  Everyone blows their vehicle horns continually and they just simply drive.  There is no other way to explain it.  Rules of the road here, do not apply there.

It was quite something to look down a road and see a motorcycle, bus, car, camel pulling a wagon, cows, water buffalo, dogs, elephants, you name it and it was on the road.  Just amazing.

India is a tipping culture.  If you travel there be aware of that.  Everyone wants a tip, that’s the way they make their living.  One of the washrooms we went to wanted money before you could enter.  Lots of other washrooms had people giving out paper towels, for a tip.  Take toilet paper if you go !  or Kleenex.  A lot of washrooms had none or you may have to pay for it.   Restaurants of course required tips and the hotel staff.  On a few occasions if you took a photo of someone or asked if you could take a photo of them, they would like a tip.  Amit told us it is their culture and it’s more noticeable there than in North America.  But there are so many people and they are all looking to make a living so you can’t blame them.

The people in India are very friendly and welcoming.  The ones we interacted with anyways.  Some of the spots we visited, the local people wanted photos with us.  They seemed genuinely happy to speak to us and be around us.  I guess we were a novelty, Amit said some had probably never encountered a white person before.  Especially if you had blonde hair, they were quite intrigued.

The only annoying experience we had was at the Amber Fort; the vendors were quite aggressive in selling their wares.  That we did not like.

But everywhere else, we had no problems with anyone.  The people are wonderful and kind.  I am an animal lover and we saw so many homeless dogs and yet they were all well fed and no one abused them or treated them meanly.  I saw some people throw them food and the dogs were never asked to leave a spot where they were laying.  People just walked around them.  That, to me, says a lot to their generous nature.

The weather while we were there was terrific.  Hovering around 30 Celsius, give or take.  We had rain only once and that was one of our last nights and it rained in the middle of the night so we were not affected by bad weather.

As far as clothing, pants, shorts, tee shirts etc.  Take a jacket as sometimes early morning and later evening can be a bit chilly.  Our jackets doubled as raincoats just in case.  The odd time we went someplace where you had to cover your head or arms or legs, they supplied the clothing.  I did take a scarf which I carried at all times and I also bought a long-sleeved oversized tee-shirt that I could just put over my clothes if I needed to.  I did not use that but I did use my headscarf a few times.

The food was great.  I enjoyed all our meals, a lot of variety and a lot of pride in their dishes.  I can’t say we had one bad meal.  We were fortunate, our bus staff always kept cold water bottles on the bus for us.  And the hotels also supplied water bottles in our room so we had no danger of drinking local water.  We did use the tap water in the hotels to brush our teeth.  These were very nice hotels so I am sure their filtration system is pretty good.

We purchased our rupees in Canada before we left.  But you can purchase them at the airport and in India.  However, when people did need to purchase some more rupees, we did have a hard time finding an ATM that worked or had the money.  So probably purchasing before would be best, at least some.  When we went, 50 rupees equated to one Canadian dollar.

My husband and I do a lot of photography, it’s our biggest hobby and one that we combine with hiking, canoeing, biking, traveling.  It was a challenge to get photos on this trip as we were on the bus a lot so a lot of our photos were taken through a window.  But you work with what you have and the memories will always be there no matter how good or not so good your photos are.  We will always have the images in our minds.  For my photo friends, the only equipment I took was my Nikon D7100 with only one lens, 18-200 mm.  I found that to be sufficient for this trip.

The Trent Hills Chamber of Commerce put on a great trip and maybe someday we will all travel together again. 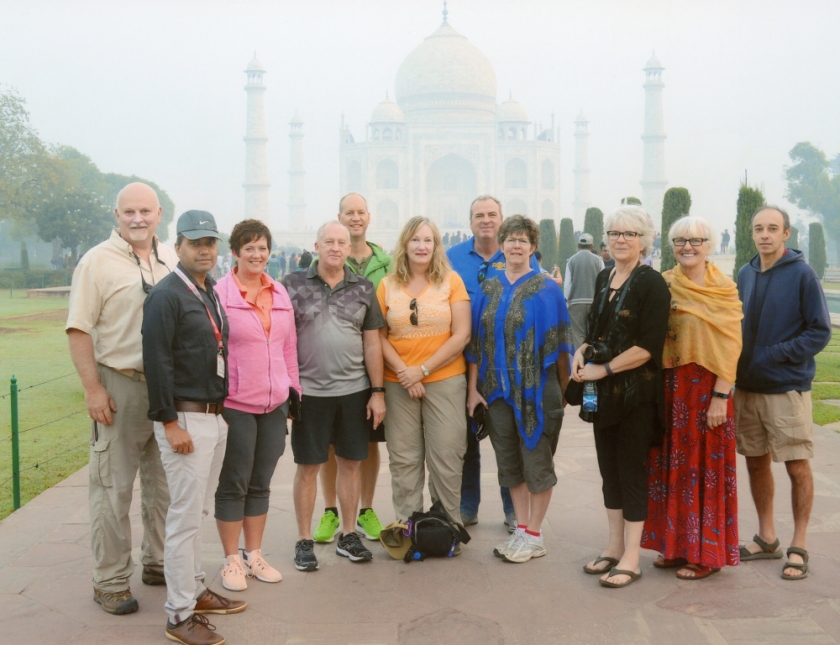 2 thoughts on “India Wrap Up and Thoughts”