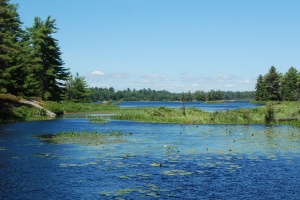 I love Grundy.  one of my favourite parks.  There is quite a lot to do here; they have a lot of beaches, 3 hiking trails and lots of lakes to paddle.  I think there are five beaches but really you can swim anywhere.  There are also 2 Pet Beaches/Exercise areas.  We stayed in Trailer Campground, site 218. 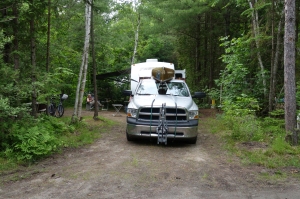 I think next time we will try another campground as Trailer is usually the noisiest.  They have 9 campgrounds here, some radio free, hydro and non-hydro.  Quite a selection to choose from.  It was quite hot while we were here so we did have a couple of beach afternoons.  The beaches are nice and sandy and it’s fun to float around in your floatie chair and have turtles swim right up to you.

We paddled Gut Lake which is a smaller lake but the landscape and shoreline are quite something.   There are bluffs that people were jumping off of into the lake.   It was fun to watch but I’m not brave enough.  One of the hiking trails follows Gut Lake and its a nice trail although the parks staff should walk it and clean it up a bit.  At one point there was a huge tree with all it’s branches right across the trail which we had to climb and scramble over to continue our hike. 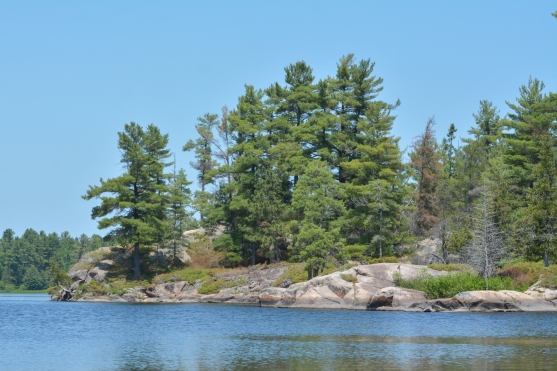 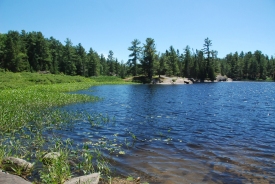 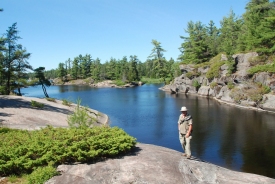 Grundy Lake is a bigger lake and if you are really adventurous, you can paddle down a river at the top end and go into Bucke Lake although you will have to navigate over a few beaver dams to get there.   We paddled the whole perimeter and this is a sandy area so there are lots of spots to just stop, tie up your canoe to the shore, get your chairs out and sit in the water; which is what we did.  We had a lovely afternoon especially when a muskrat swam right by us, so close to us we could almost touch him.

We also like to paddle on Pakeshkag; we really like this lake.  The last time we paddled here we went down a small river quite a long way but this time there were too many big trees that had fallen across the river making access quite difficult.  The shoreline did not allow for portaging which is too bad.  You can stop almost anywhere and sit on the rocks or shoreline.  We took our chairs and stopped at a point at the end of the lake and sat and watched other paddlers for a while.

Trailer campground, where we stayed, is on Gurd Lake and it’s also a nice lake to paddle. Lots of muskrats, herons and loons.  You can go from Gurd Lake to Grundy Lake and into Gut Lake with portaging.   There is another lake called Clear Lake which is quite small but not a bad lake.   They have a few back country sites in this park but not too hard to get to.  This would be a good place for people just getting into back country camping to go to in order to see if they like it. 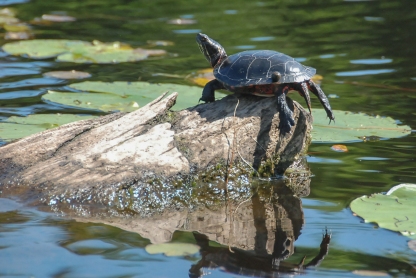 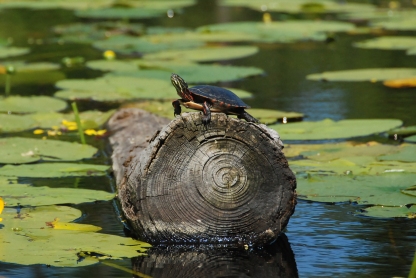 We did a lot of biking and although there are is only one trail that follows along the main park road, you can bike anywhere and it’s enjoyable.  We like to bike the road down to Pakeshkag Lake.  It’s a couple of kilometres but a nice ride and again, lots of places to stop.  There are no motor boats allowed on any of the lakes, which is great for us in our canoe!

We had a few issues with loud people late at night and also dogs barking.  One couple left their dog in their trailer all day and then left for the day.  Holy cow, the howling and barking that went on all day was not enjoyable.  Another family tied their dog to a tree just off the beach, where dogs are not allowed, and then they went swimming at the beach.  Well, he howled and barked all day too.  We complained to the supervisor at the main Gate but her response was that there was nothing they could do about it.  She didn’t even ask our names or where we were staying.  And there is something they can do about it as all Ontario Provincial parks have a list of offences which includes things like barking dogs, excessive noise and more which can result in fines.  We suggested maybe the Park Rangers could walk through the campgrounds for better visual and auditory on what’s going on in the campground.  She said they do walk around but we don’t see them.  Apparently they are also highly trained stealthy ninjas.  As I mentioned in a previous blog, Restoule Provincial park is the only place we actually saw them walking through the campgrounds.  While we were at the Main Gate in Grundy, another man came in and told the park staff that he was in the Pet Free Campground and there were dogs there continually barking.  Hopefully the wardens addressed the matter but from what we saw I would say NOT,   Big waste of time to put forth any complaints or concerns in this park.  The administration needs to step it up.  My husband is going to write the Ministry concerning this park as the lack of maintenance, non existent customer service skills at the management level (park staff were great) in dealing with complaints and the value of wardens who did not appear to do their job.  They need to model there park after Restoule and Awenda. 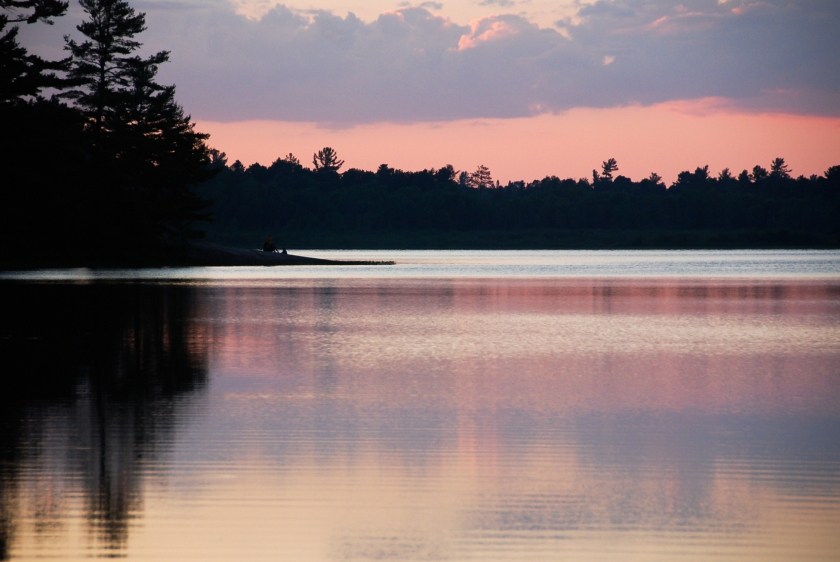 So, as much as I do love Grundy, they really need to step it up and take better care of the campers concerns.