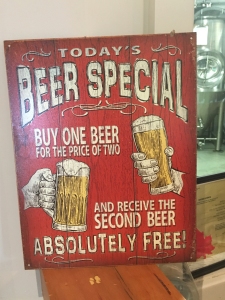 So our intent today was to go canoeing.  Note the word Intent…………..and we DID have the canoe on the truck.  So intent was actually there, more or less……………However, we got a little sidetracked.   We actually DID drive by water though so there’s that……………..

We did a complete perimeter walk and stopped at each tent but some of the above were not there unless they set up later.  We arrived about 1130 and stayed less than an hour. 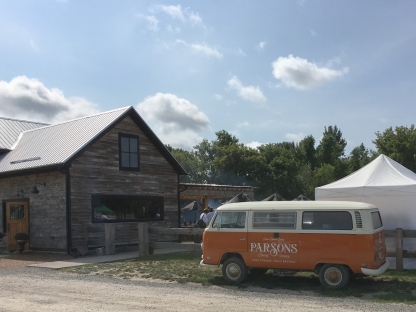 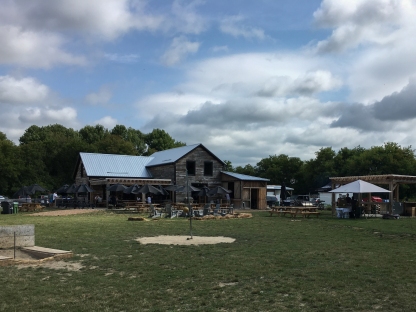 We didn’t purchase anything although if we hadn’t been out for the day, I would have purchased some of Papa Ghanoush’s hummus.  It always looks good.   We wanted to try some of their different beer but they weren’t doing Taster Trays because they were expecting a lot of people.  The “lot” of people must have come much later as we were the only ones at the bar at the time.  Anyways……we each ordered a small plastic cup of $10 a cup beer.  With taxes I think it was just over $21.  Most we ever paid for a little glass of beer in our lives. Apparently they haven’t heard of Doug Ford lol.  The beer was okay, and by okay I really mean I wouldn’t purchase it.

So now we are going to go canoeing !!!

Except it was super windy and we were really close to 555 Brewing Company and it was almost lunch time so NOW our intent is not to go canoeing but just go cruising the County aka Prince Edward County, Ontario.

555 Brewing Company is located in downtown Picton and has a nice patio to relax on and eat, drink, visit, etc…………………  We had a lovely wood fired pizza but as you can see I didn’t think to take a photo until ……..well, until it was almost gone.  We liked their beer and the staff is super friendly.  Very warm, welcoming venue. 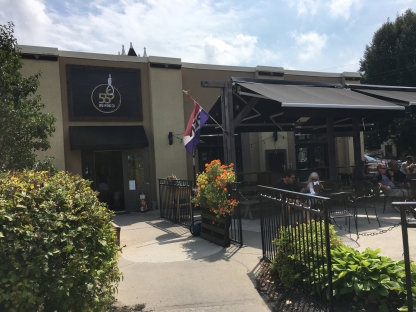 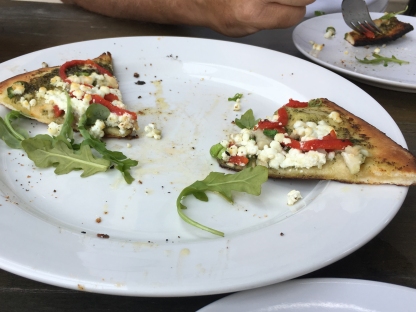 Off to Prince Eddy’s Brewery next !   I like this place and they always have something going on.  It’s located kind of on a backroad in behind the Crystal Palace in Picton.  I love IPAs and their IPA is good but I really like their cream ale.  And there was a beer dog running around !!  I think he belonged to some customers but still………..gotta love a beer dog !  JerkABago was also here today but we had just eaten so not today JerkABago !  But his food is always good.  If you get the chance, give it a try. 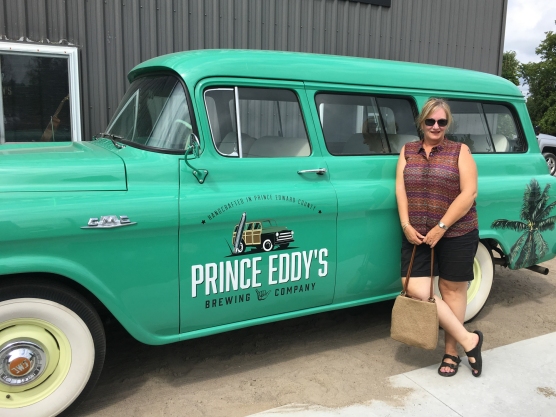 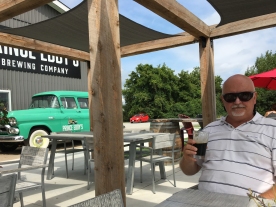 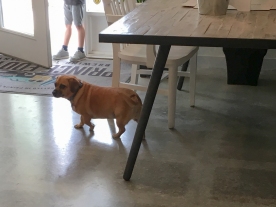 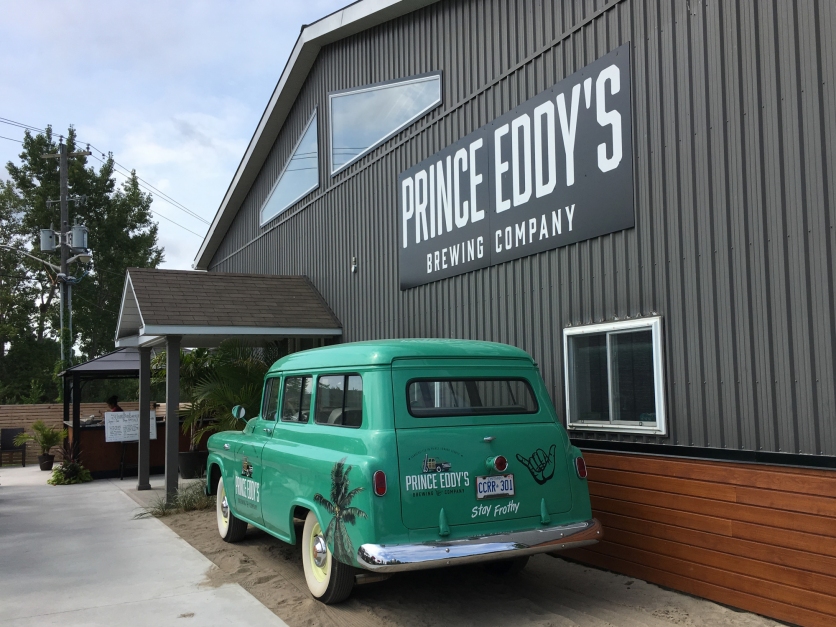 So our day is almost done but not before we head to Lake on the Mountain Brewery.  Before we went away this summer, we stopped here for a visit and they said they were bringing out a Peanut Butter Stout in about a week.  We were excited to go back and try it and in fact I had told all the beer lovin’ people I met about it.  However, they have not produced it yet.  Maybe now?? We stayed there a while as they have all kinds of games there and we ended up playing one whose name escapes me.  It’s a bunch of blocks and you have to take turns pulling out a piece at a time and hope it doesn’t collapse.  Kenja? Maybe that’s the name.  Anyways, it was kind of like Barrel of Monkeys, sort of… not really…….but fun all the same !

We ended up at our daughter’s summer trailer at Sandbanks River Country Trailer Park.

Stayed for awhile and had a visit, it was Chelsea’s birthday today !  They have a lovely site and it’s right on the river.  Note the Unicorn floaties, cute but I want a yellow Rubber Duckie floatie………maybe for Christmas?  They had a group of friends there and they were all enjoying the hot summer and cold drinks.  Happy Birthday Chels ! 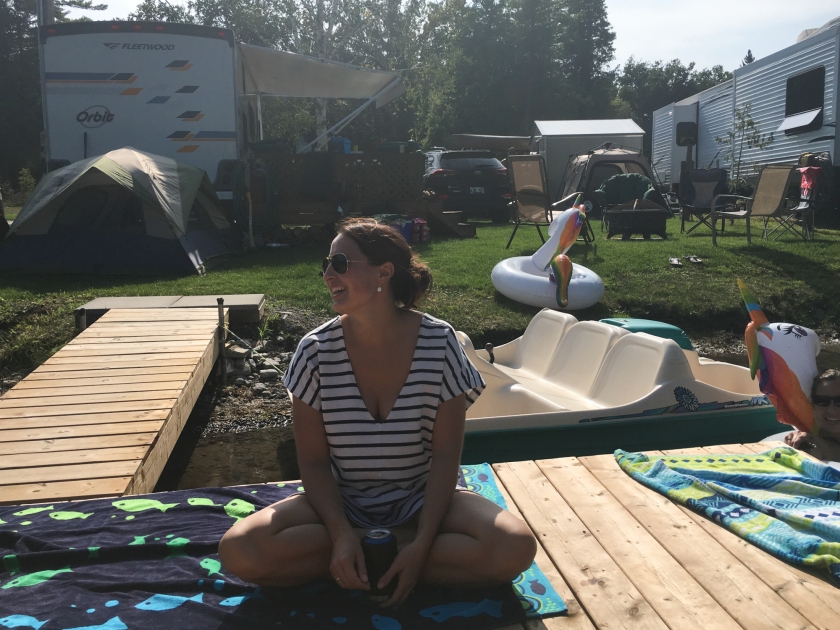 We stopped at Wellington Bakery on the way home.  Our favourite bakery.  However, it was late in the day and they didn’t have too much left.  We usually try to get here early in the morning.  Their products are delicious and I highly recommend their bread and everything else they bake up.

All in all it was a great day and we really enjoy our trips to the County, with or without our canoe.