Early this morning,  after a lovely breakfast buffet, we were on the bus at 830 to go to Agra, which is a 4 hour drive.  Lots of interesting things to see on this road. 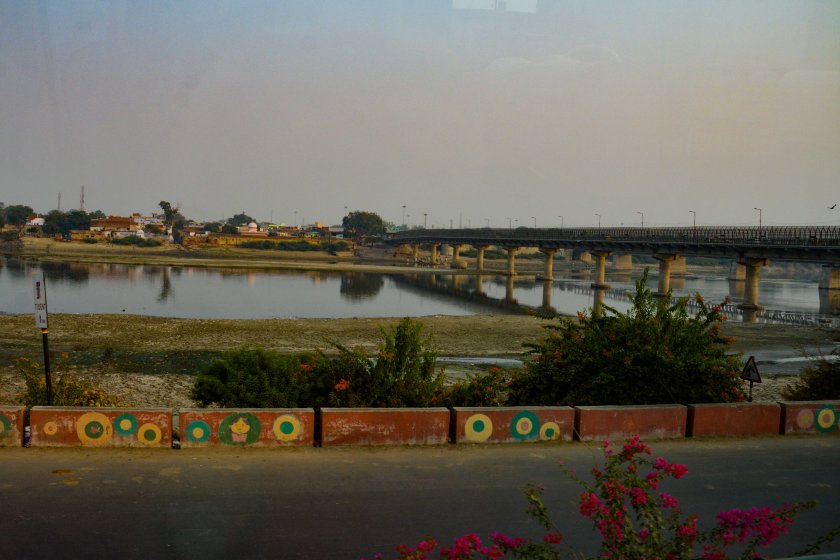 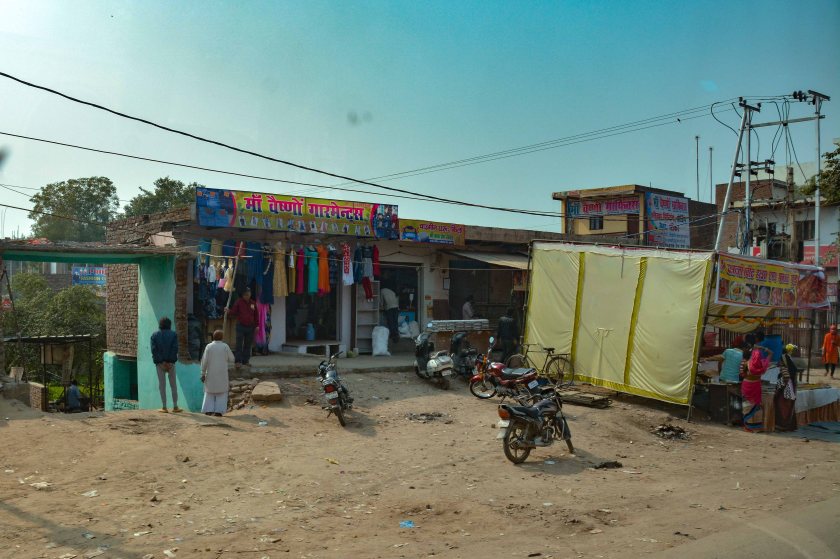 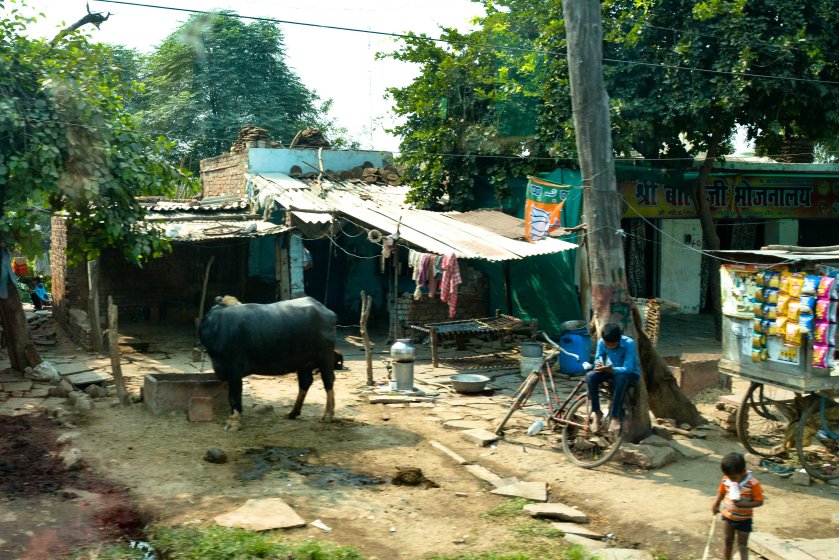 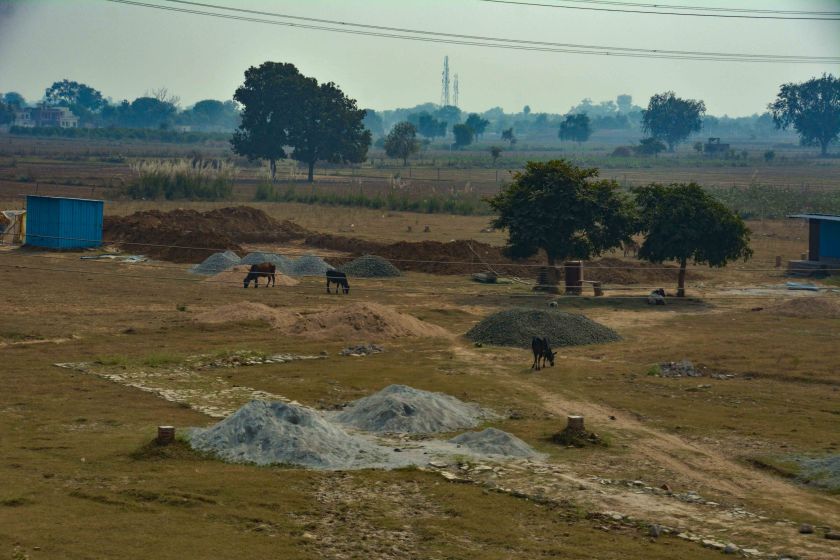 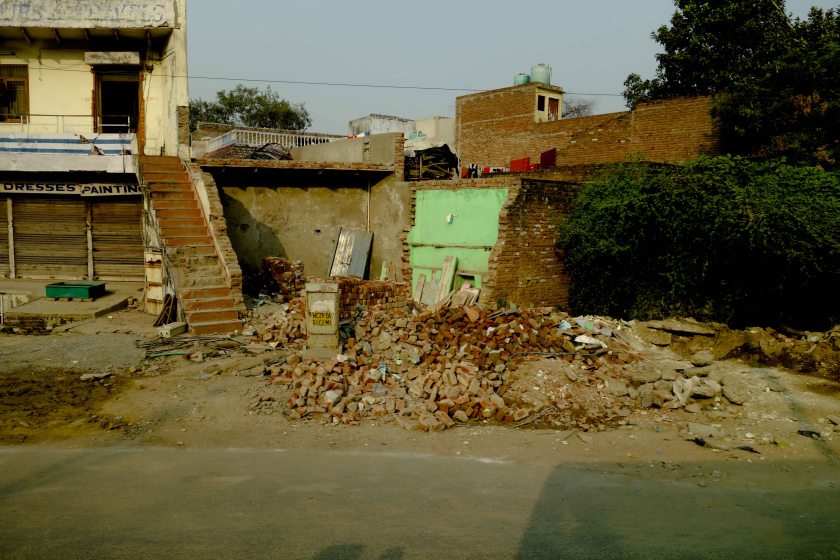 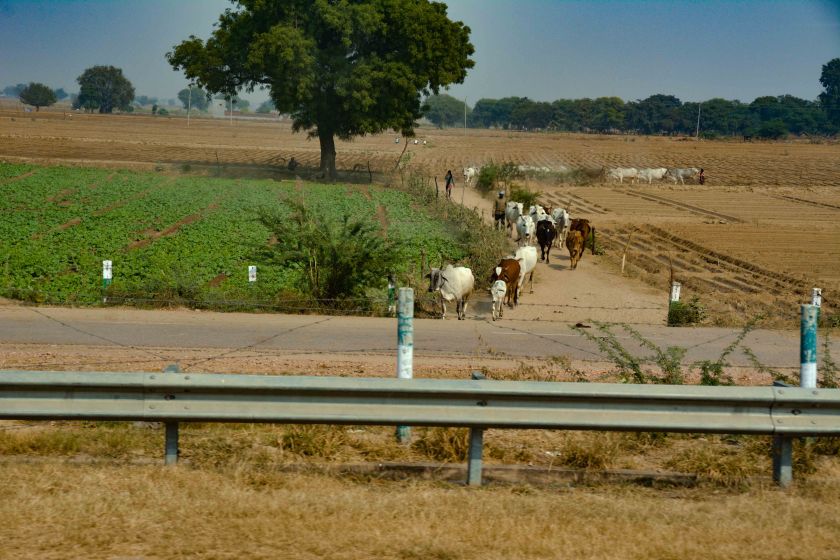 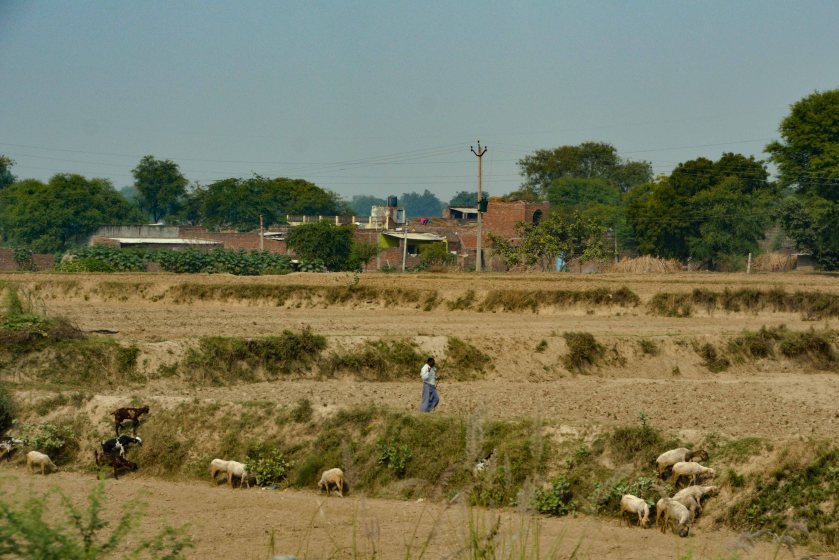 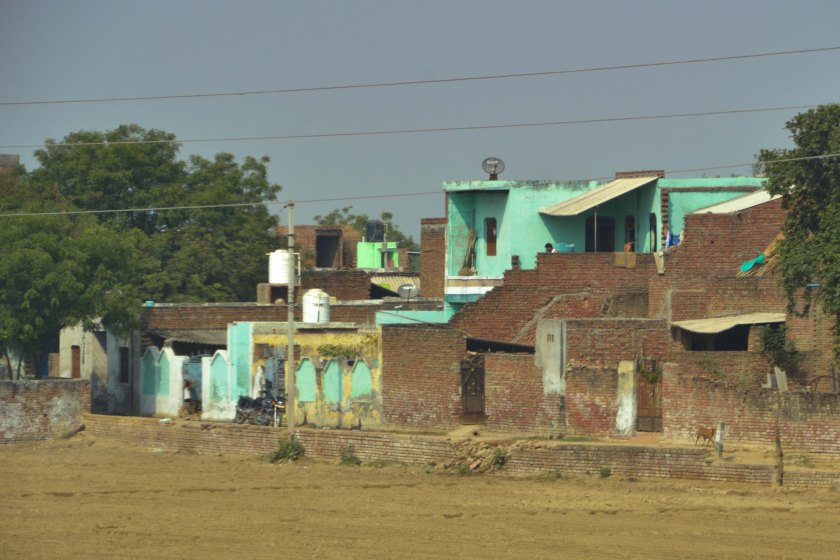 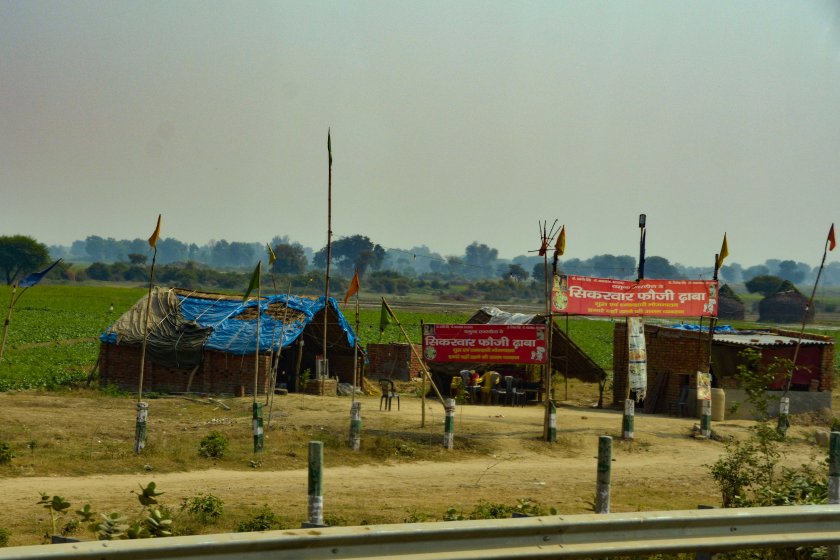 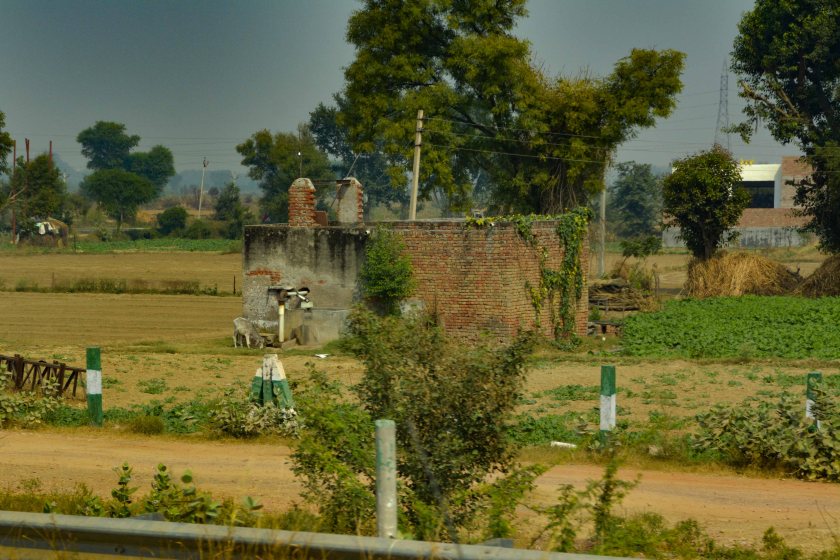 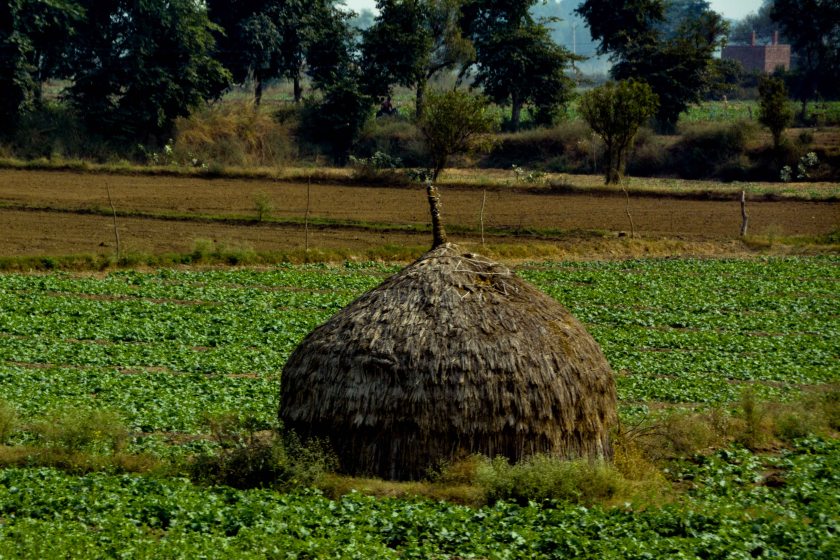 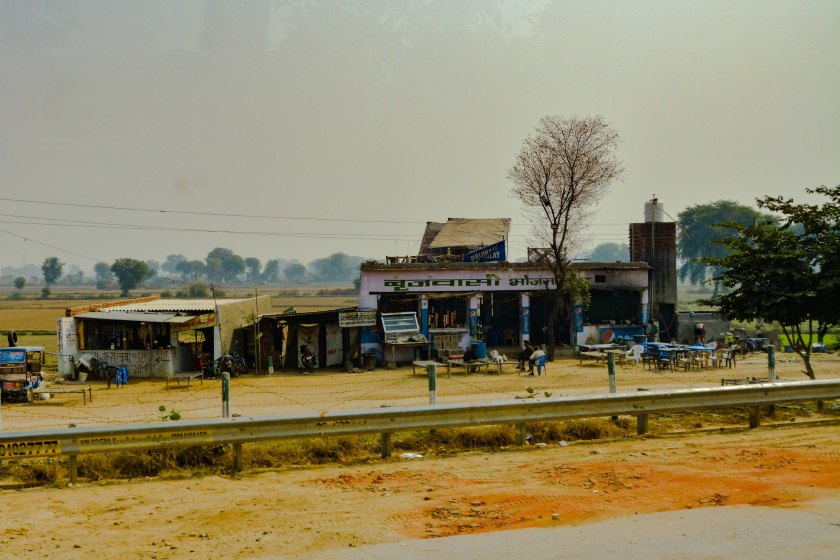 We got to our hotel, Courtyard by Marriott and they had the same set up, the bus had to stop and then go through a locked gate; but this one was manned by a couple of security guys and a dog.  I am suspecting a drug smelling dog!  The Dog Squad dog.

We also had to put our luggage through a detector AND  we had to be wanded by security people.  Of course, the women had to go into a small tented area.  This is a beautiful hotel and it is NOT marbley.  Well it is but it is also very warm and welcoming.  I really liked this hotel.

After checking in, we headed back out to go to lunch.

We went to a restaurant down a little side street, not far from our hotel, called Seven Hills Towers restaurant.  Good food, I have to say, so far all the food has been good no matter where we are eating.  And they had a DOORMAN  !  All dressed up too.

Some random photos on the way to lunch and the return to our hotel. 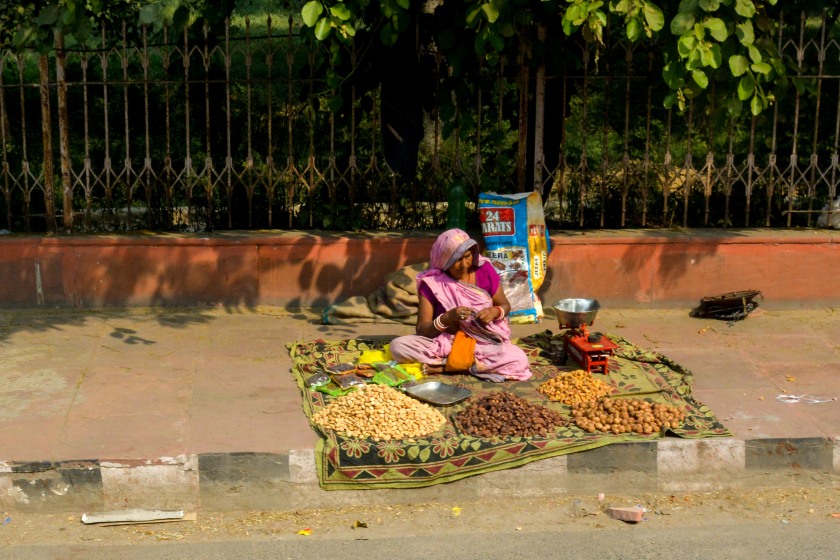 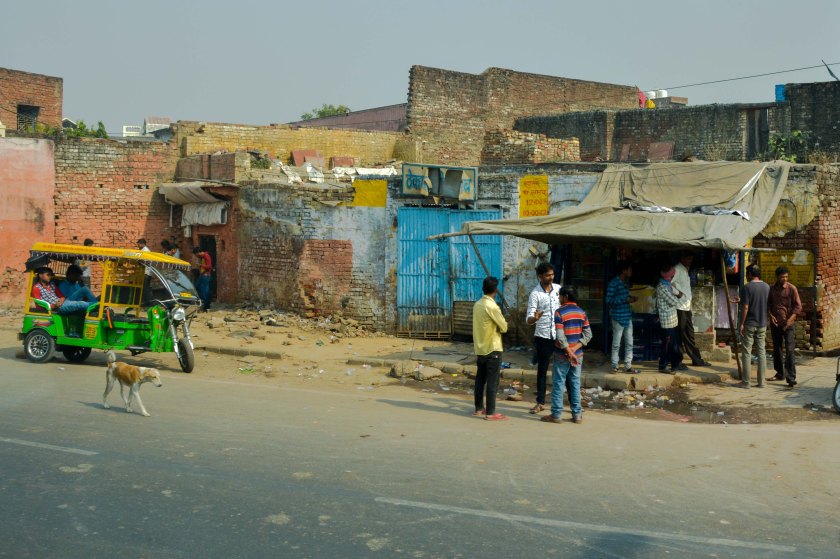 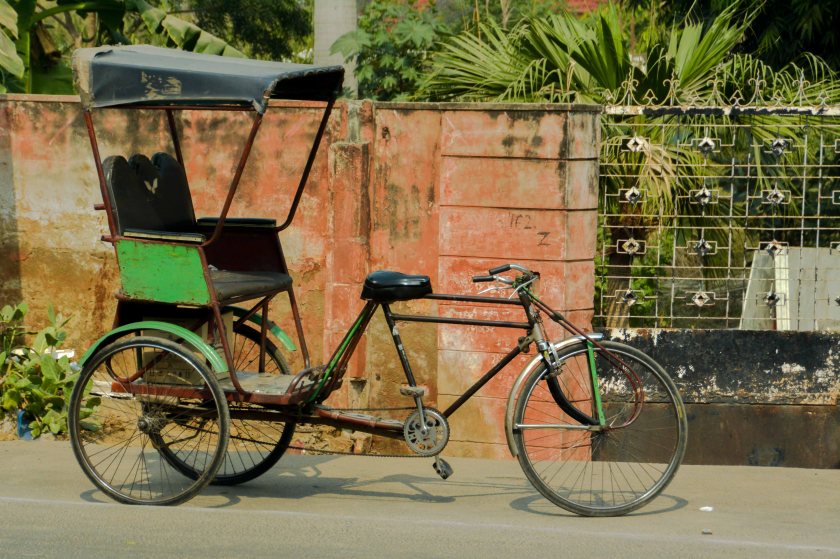 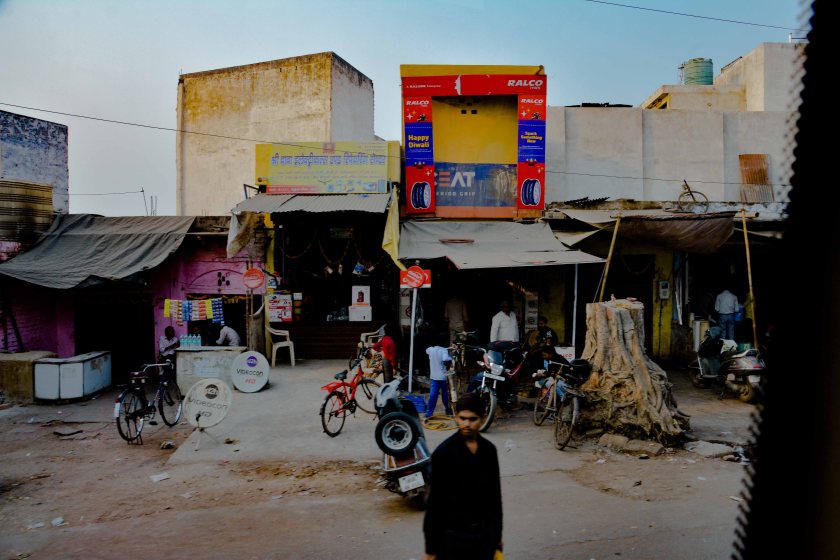 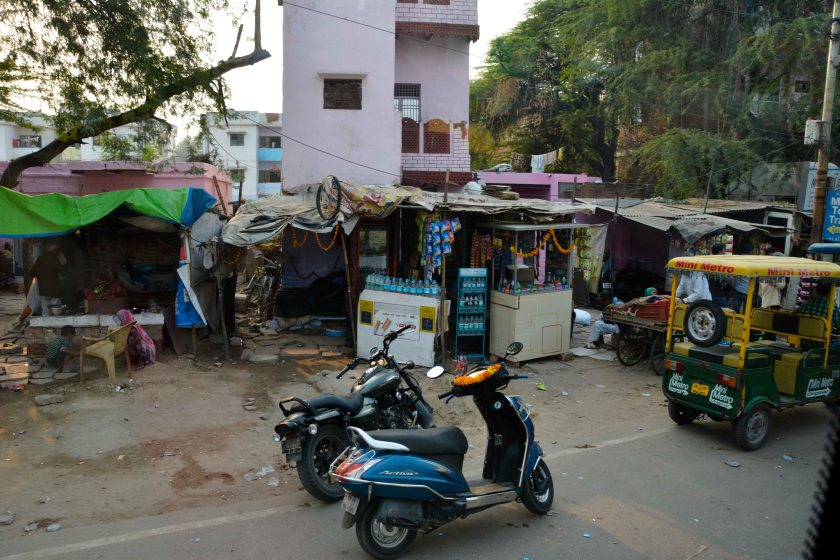 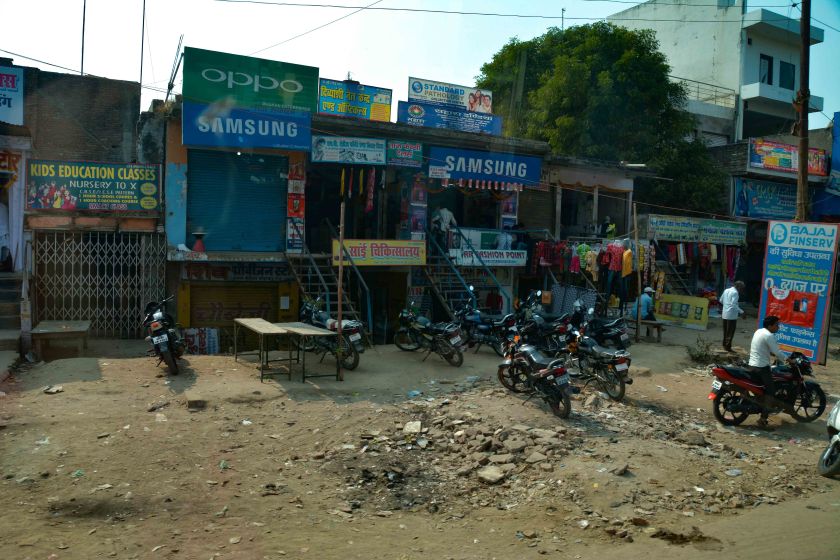 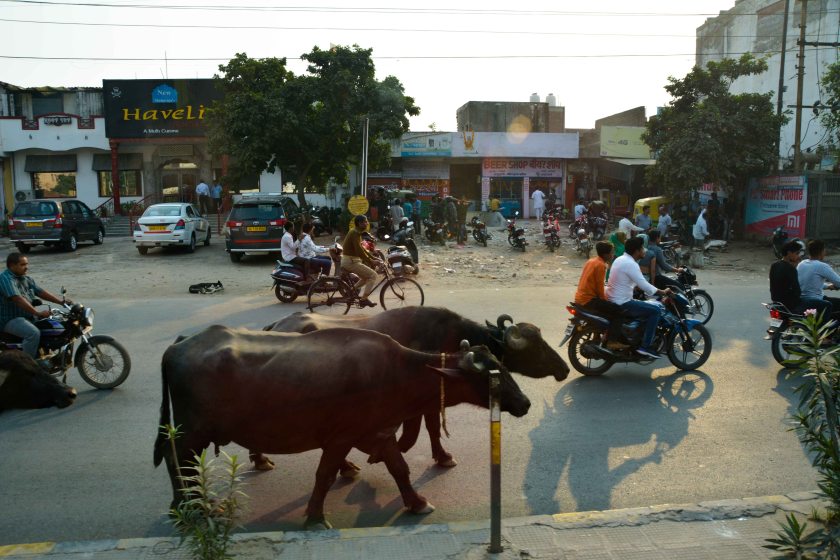 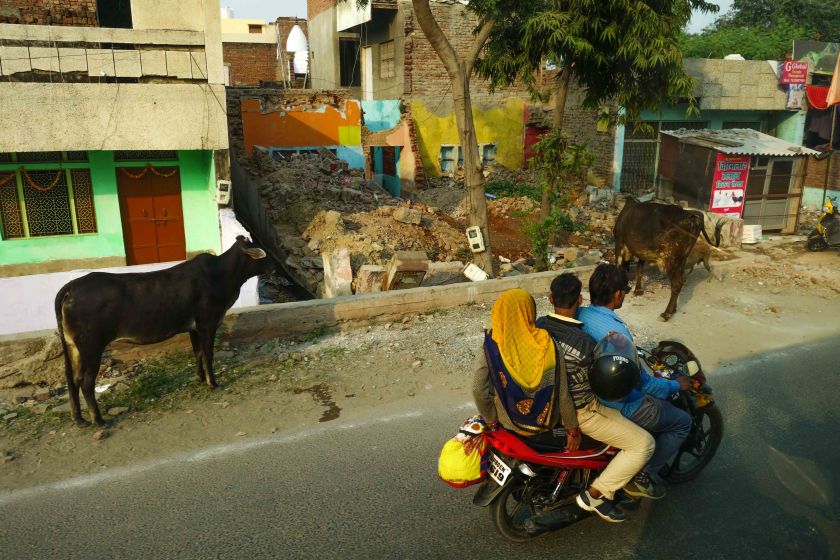 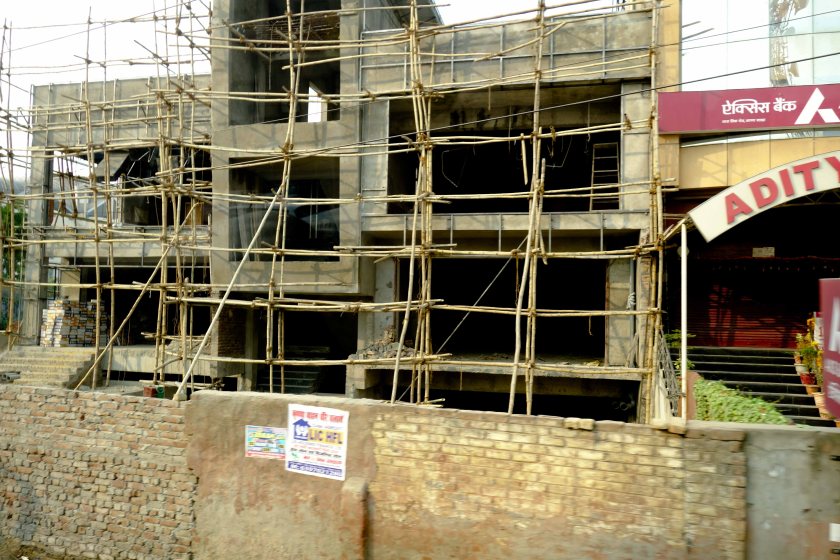 Back to the hotel, past the Gate and the Dog Squad.  Four of us had signed up to tour the Tomb of Itmad-Ud-Daulah, known as the “Baby Taj”.  So off we went on our bus with Amit to see this site.  This was the first Mughal structure built from marble and built about 20 years before the Taj Mahal was built.  The Taj Mahal was commissioned in 1632.   Beautiful spot and the sun was setting while we were there.  I can’t get over how these buildings have lasted through the centuries, truly amazing. 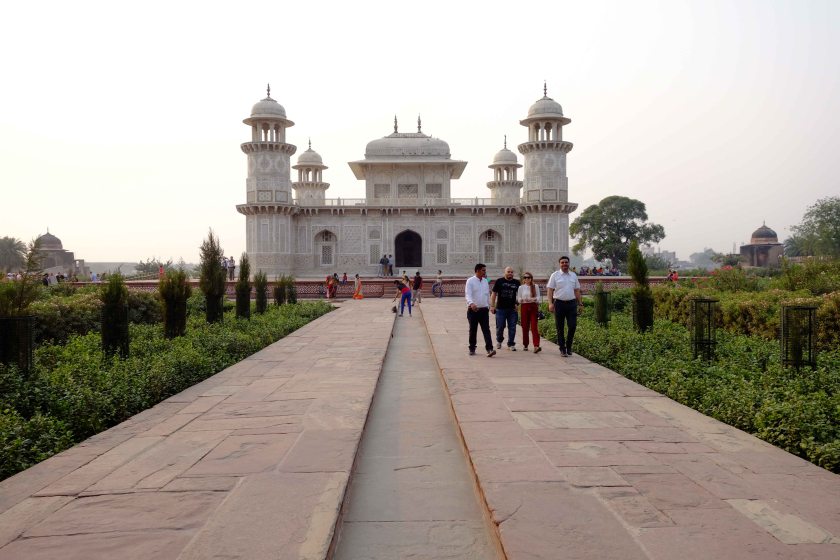 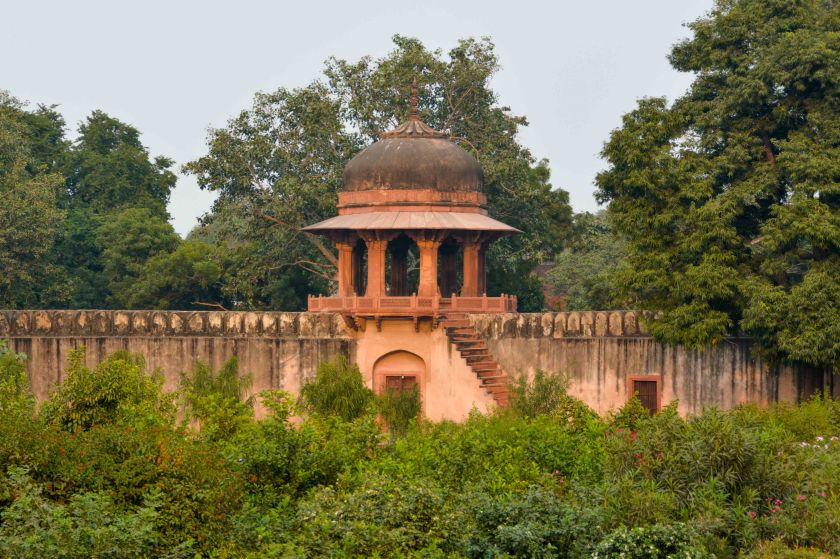 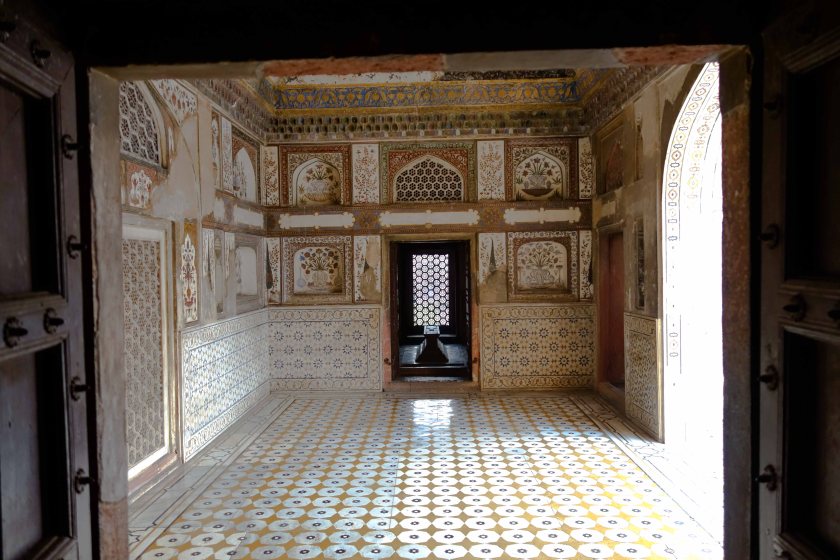 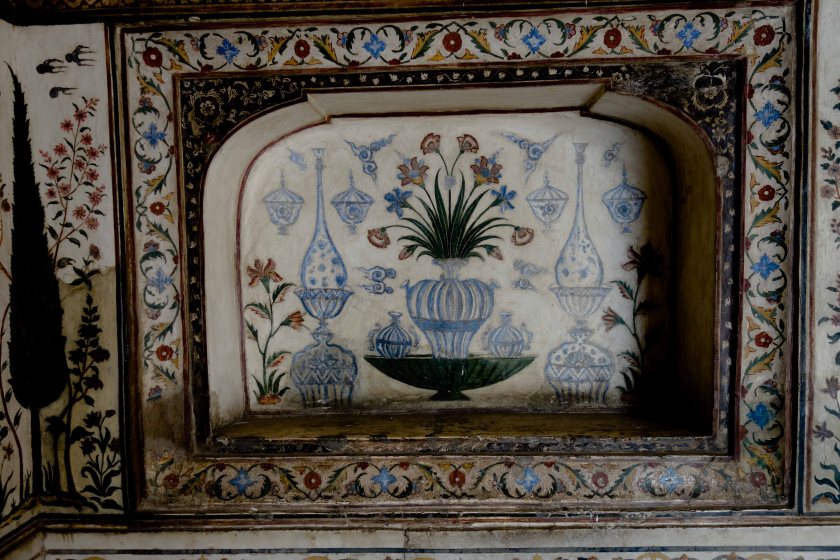 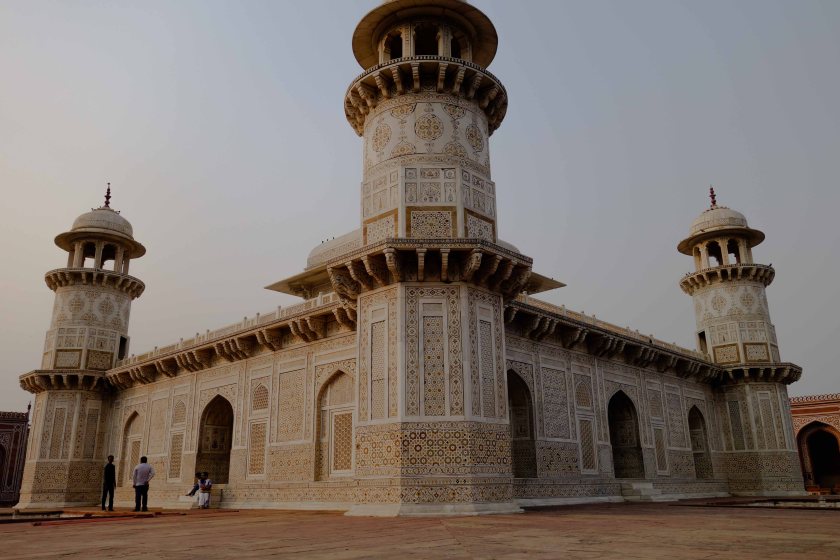 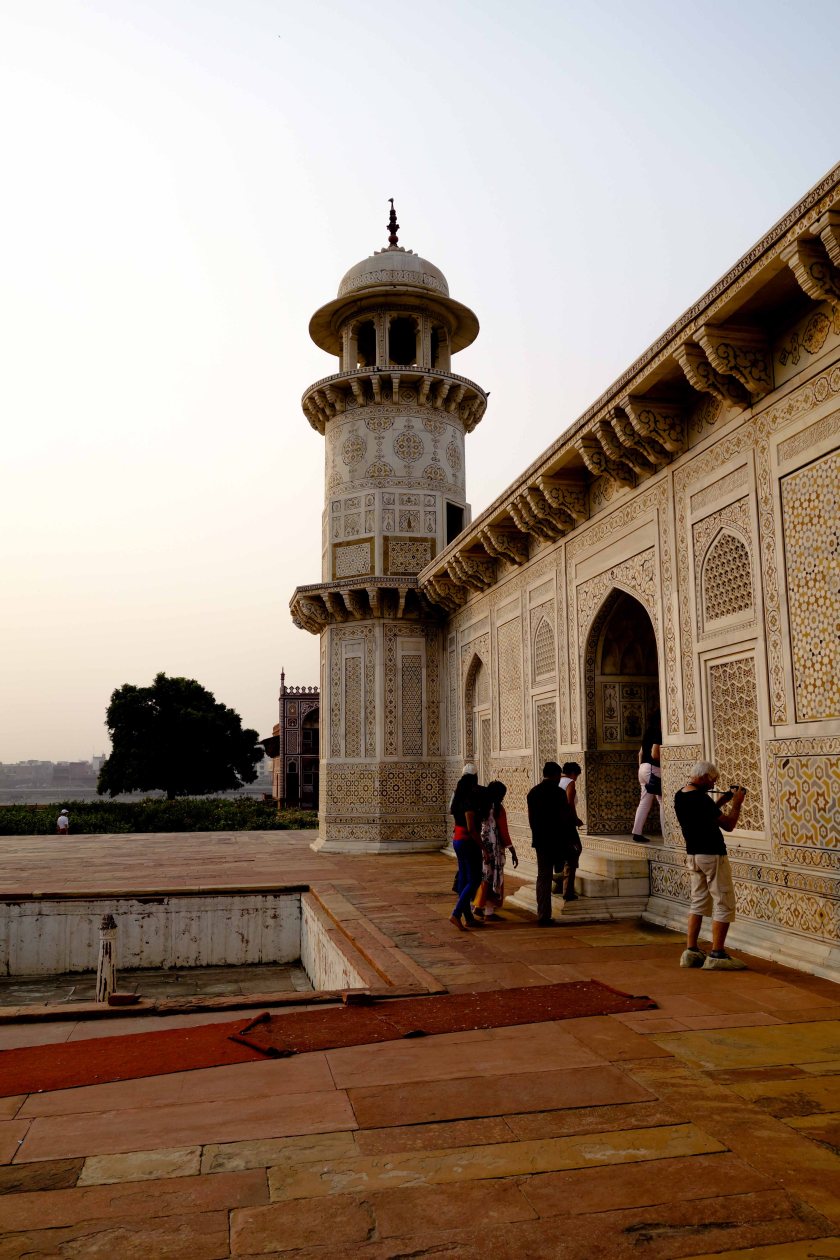 Back to the hotel and some of our group were playing cards and drinking beer in the lobby.  Count me in !  That was fun and I think I lost at cards………. but whatever.  India’s Kingfisher beer is tasty but we all preferred the Strong Kingfisher beer over the Premium Beer. 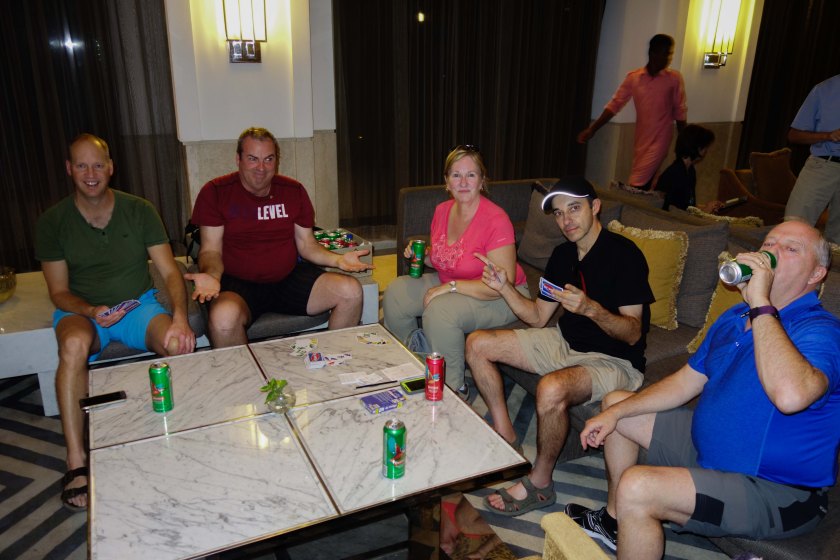 Later there was a puppet show on the patio outside in the pool area.  Clint was sitting up front and I was in the back but he got picked as a Sultan and of course, I as his wife had to move up and be dressed up right alongside him.  It was fun and the puppet show was cute.  Of course after the show, there was a big selling frenzy.   He was selling puppets and other knick knacks.

We did not buy anything, we managed to escape and head to the bar.

A group of us sat in there and ordered pizza and chatted and watched a very popular Indian sport game on TV.  The game is called Kabaddi  and looked weird.  Like an adult version of Tag or something.  I guess after Cricket, it’s the most popular sport in India. Clint and some of the guys seemed mesmerized by this sport ! 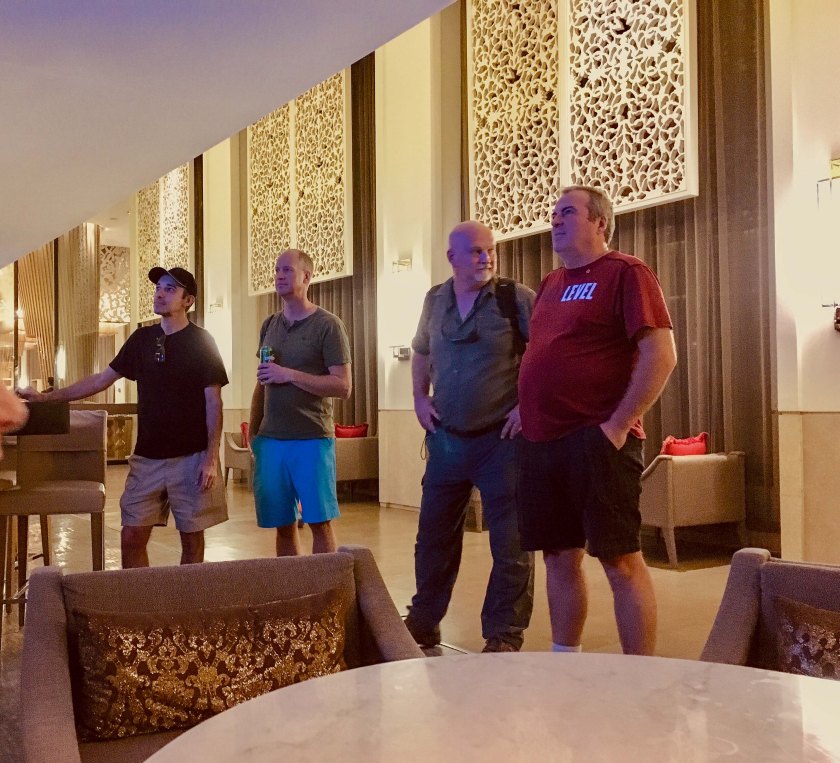